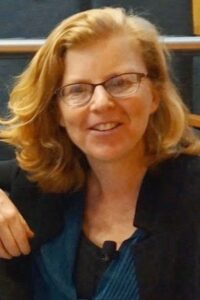 Audrey has performed energy assessments on everything from homeless shelters to historic churches. She used utility-reported data to create HEET’s public zoomable natural gas leak maps (the first in the country). She co-led the FixOurPipes.org study to find how to fix gas leaks faster and at less expense through increased municipal/utility coordination.  She started the Large Volume Leak Study, which determined a way to identify super-emitting gas leaks so the utilities could repair them. Schulman is the author of five novels, which have been translated into 11 languages, and reviewed by the New Yorker and CNN. 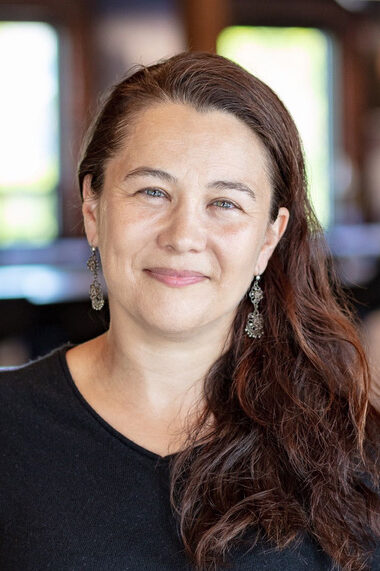 Zeyneb is currently focused on transitioning the natural gas distribution system to a geothermal energy distribution system using the GeoMicroDistrict concept. The next step is to pilot in a neighborhood in MA, together with the state’s largest gas utilities. Zeyneb previously led HEET’s Large Volume Leak Study, which developed a method to rapidly cut emissions from leaking gas pipes in half.  She has worked at BBN Technologies, Harvard University, and in multiple startups.  She is committed to creating and driving forward just and wise solutions to the urgent challenge of climate change through multi-disciplinary problem solving, co-creation, and innovation. 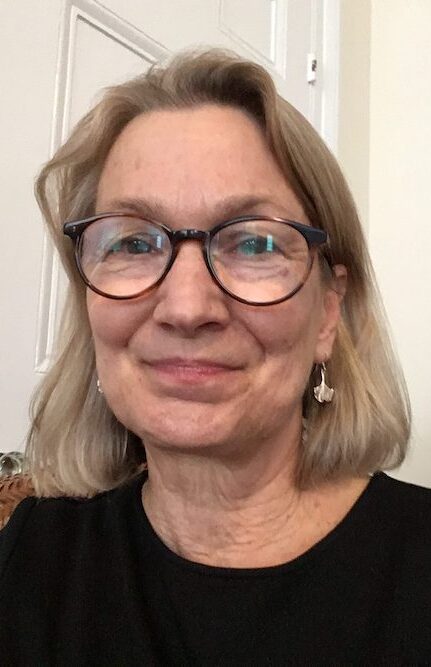 Before receiving a Master of Science in International Nutrition from Cornell, Molly was a Peace Corps Nutrition Project Coordinator with the Thai Ministry of Health, implementing and adapting a growth monitoring program for children, at the village level. As a research associate at Dianon Systems, she developed case studies on chronic lyme disease and mapped the incidence throughout the United States.  As a researcher for a domestic violence program for women on the Navajo Reservation, she developed a record system to support grant writing and research. More recently, she helped to start the conversation with local officials about energy use, co-authoring the Sustainability Plan for the town of Wellesley. As the staff-coordinator for Wellesley’s Sustainable Energy Committee she developed the Greenhouse Gas Emissions Inventory for residential, commercial, municipal and transportation sectors, establishing the baseline and first-five years of monitoring, to guide the town’s goals for emissions reduction.  An experienced perennial gardener, with a passion for native plants, Molly respects the delicate environmental balance that sustains living things. 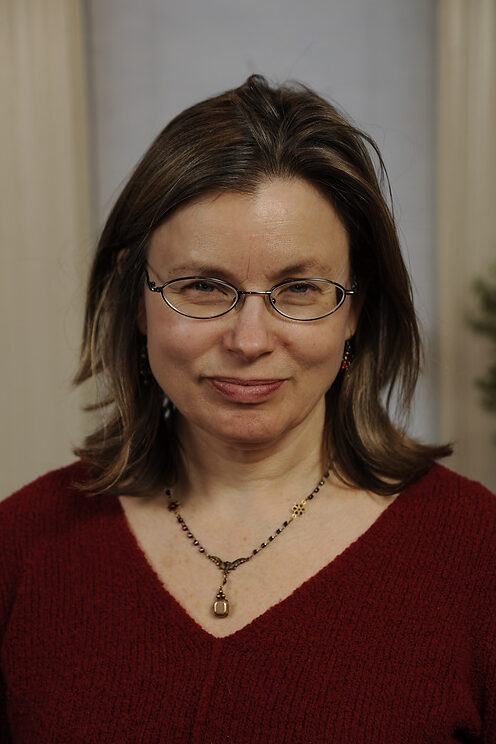 Sarah Griffith brings ideas to fruition. As a project manager, she plans and carries out the steps needed to actualize a product or service that achieves goals, engages the stakeholders, and inspires the team. As a communicator she brings insights into why your work is important and for whom. She has decades of experience lending credence to environmental work through dynamic writing and editing, visualizing concepts graphically, and informing strategies with behavioral science. 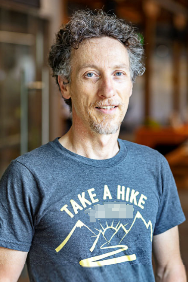 Dom comes to HEET from a diverse set of experiences that allow him to engage in the full range of work required to take on this complex topic.  He has a multidisciplinary background including science, technology and art. The themes that tie together his experiences are creativity, systems thinking, process design and making things happen by any means necessary.  He is thrilled to be able to apply this range of experiences and creativity to HEET’s mission, and is currently focusing on the methane reduction program. Dom received his Masters in Mathematics and Computing from the University of Essex, England. 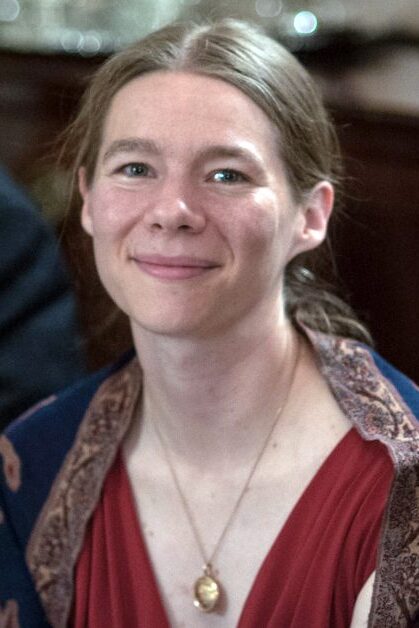 Katherine has a degree in environmental science, and enjoys using the quantitative and scientific parts of her brain to help create the world she wants to live in. Most recently, she helped start a local solar panel installation company. She is also a founding member of a group of Quakers helping their faith community to deal with the reality of climate change and take action. Katherine also sings in Voices Rising (a feminist chorus), and is an aspiring beekeeper. 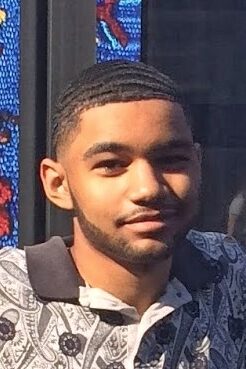 Eric is a computer science student who is passionate about climate change mitigation and environmental conservation. He enjoys applying his computer science knowledge in the process of building and transitioning to the renewable energy systems of the future. He is grateful to be part of the HEET team and to have an impact on this important work. 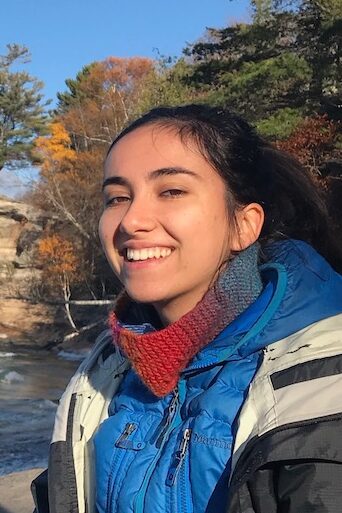 Carrie comes to HEET with a background in environmental science, communications, and visual arts. She is a Fellow for the year through Quaker Voluntary Service, an organization centered around intentional community and social change. She is excited to be a part of HEET’s work to make a renewable energy future possible in Massachusetts and beyond.

Jason Taylor with a spray foam gun and the New York City skyline. 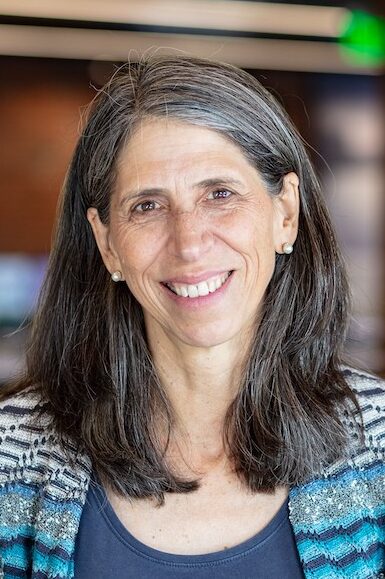 Ania is co-founder and director of Case Associates, a management consulting firm that has provided assistance to not-for-profit organizations in Boston since 1999. She has always been actively involved in her community including serving as Chair of the Harvard Business School Community Action Program, President and Chair of the Beacon Hill Civic Association, and co-founder of Downtown Schools for Boston. Ania is currently a member of WBUR’s Executive Advisory Council and is volunteering on the campaign against methane leaks in Massachusetts for Mothers Out Front. 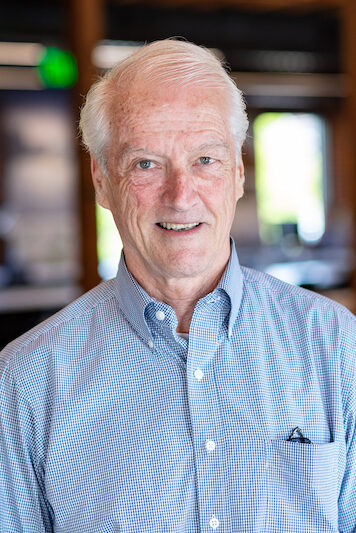 Bill has over 40 years of experience working for governmental agencies at the national, regional and state level. He worked for many years at U.S. Department of Labor as a Regional Economist and Office Director in the Office of the Assistant Secretary for Policy, Evaluation and Research. Most recently Bill worked for the Massachusetts Department of Environmental Protection (MADEP) in many capacities including Division Director for Planning and Program Development, Director of Finance and Administration for Bureau of Waste Site Cleanup, and as the Department’s Director of Budgetary and Legislative Affairs. 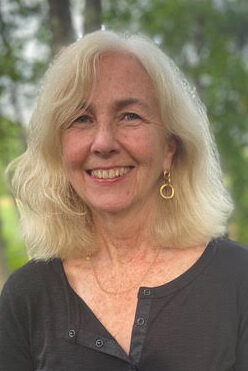 Karen worked for 25 years as an electrical engineer at Bell Labs/Lucent Technologies.  Currently, she chairs the North Parish of North Andover Climate Justice Task Force and is involved with the Merrimack Valley Interfaith Group, formed in the aftermath of the gas explosions, working to improve energy efficiency and promote a just transition to renewable energy.  She is on the board of UU Mass Action, the state UU social justice advocacy group.  A nature and animal lover, she is a member of the MA Sierra Club Plant-based Planet team.  Karen is politically active, advocating for making the response to climate disruption a priority in the Massachusetts legislature. Her three grown children and three grandchildren are front and center in her work for climate justice. 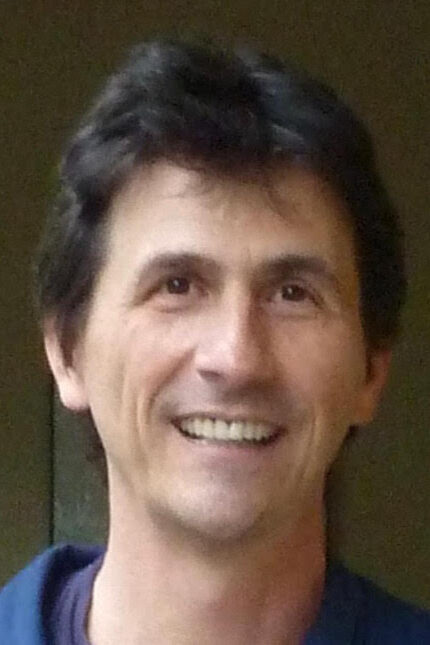 Jason works for Byggmeister, a preeminent remodeling and design firm. He has taught air-sealing at ABCD (Action for Boston Community Development), Weatherization Bootcamps, Train the Trainer events, SMOC Green Jobs Academy, Mass Green Initiative, and Roxbury Community College. He has personally trained over 150 green jobs students who are working in the field now. He has written air-sealing and insulation curriculum for MassCap. He assesses houses prior to energy-upgrade work-parties, leads HEET’s student outreach program, and speaks Spanish. 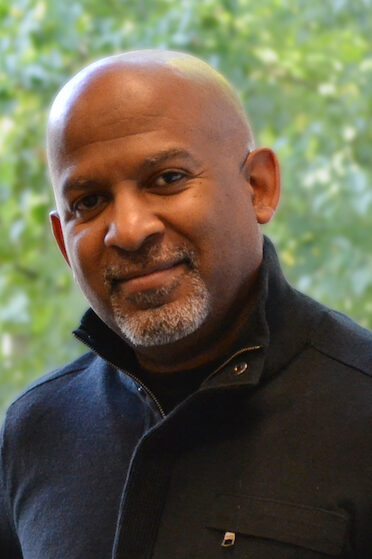 David is a mechanical engineer who specializes in product architecture, design strategy, and design processes to make the most of the opportunities presented by a design challenge. David has worked for twenty years as a Principal at the research and product development firm known as Cusp Development. He also founded the company From Concentrate, which commercializes products that are developed in house at Cusp. In general, David is interested in helping companies and organizations make well-executed engineering and design a core element of their institutions.

Marilyn served for almost 24 years as chief legal counsel for the Child Support Enforcement Division of the Massachusetts Department of Revenue, including 7 years as deputy commissioner. She has extensive experience in drafting and implementing state and federal legislation, as well as managing major operational and systems changes in state government.  For her work as an advocate for children, she received the Smith College Medal in 2003.  Now an Access to Justice Fellow, Marilyn works with HEET and the Gas Leaks Allies on political advocacy strategies to eliminate gas leaks and to create a legislative structure that will permit gas companies to distribute renewable thermal energy, thereby reducing the Commonwealth’s dependence on natural gas. 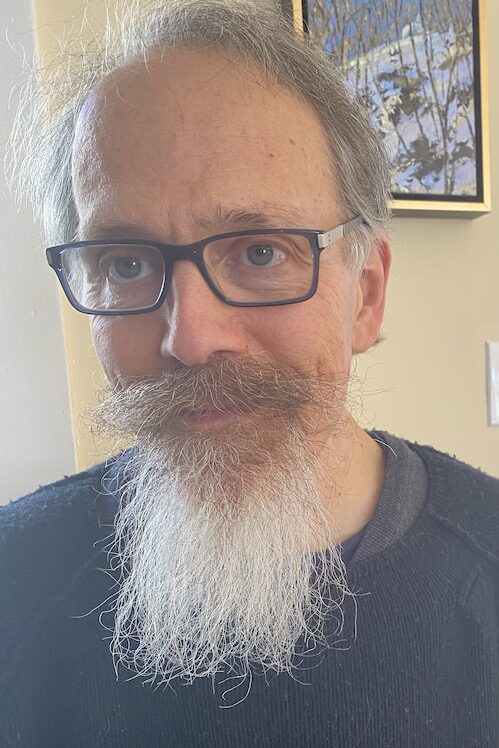 John has over 25 years experience in environmental policy analysis, including the role of Branch Chief for Industrial Wastewater Policy and Regulations for the Massachusetts Department of Environmental Protection (MassDEP) for two decades. John was also an environmental policy consultant for USEPA and many other federal agencies on subjects such as industrial wastewater, drinking water, toxic substance control strategy development, and hazardous waste. John also has extensive experience with nonprofit management through his work as a board president and member of the Mystic River Watershed Association for over 20 years. He is also currently a team leader for HEET’s energy-upgrade work parties.

Michael is a national expert in residential energy efficiency. With 30 years in the field, he has specialized in analyzing the performance of buildings and appliances though both intensive research projects and large-scale analysis of utility billing data. He has performed many studies of real world retrofit energy savings for utilities, government agencies, and others. Michael invented zonal pressure diagnostics and developed the SIMPLE building energy model. He was a member of the RESNET technical committee, on the editorial advisory board of Home Energy Magazine, and on several BPI subcommittees. Michael is Nest Labs’ Senior Building Scientist. 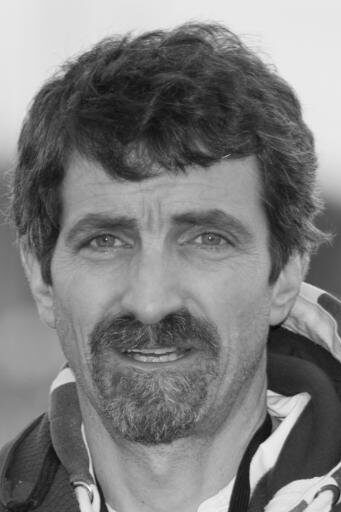 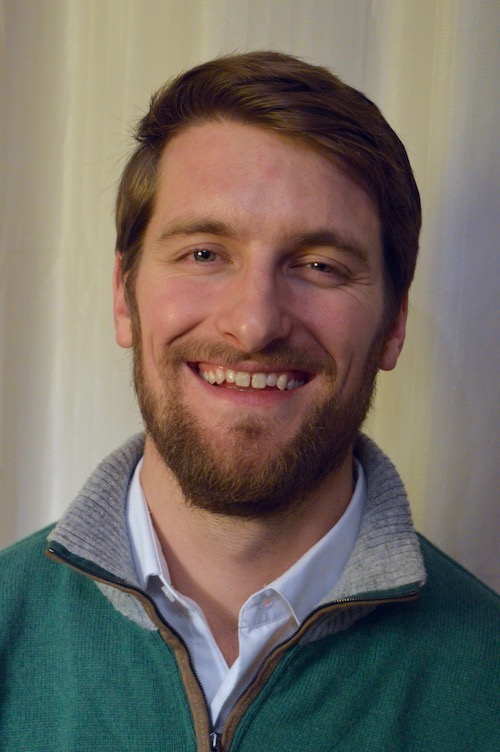 John works for Sungage Financial, a Boston-based company that funds residential solar projects throughout the country. He has also worked at CrowdComfort, an energy efficiency startup, and Next Step Living, a residential energy efficiency company, where he organized local campaigns resulting in the installation of hundreds of residential solar systems and home energy retrofits. Outside the energy and climate world, he founded Somerville Skillshare, a free DIY educational platform, and recently fulfilled a lifelong dream of becoming a PADI-certified scuba diving instructor. 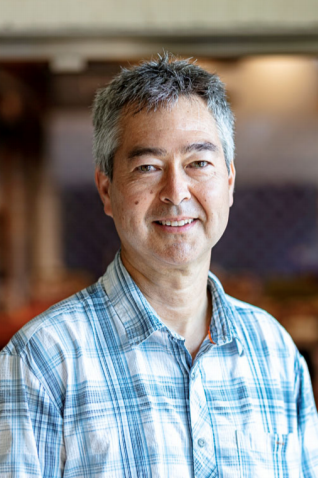 Nathan is one of the country’s leading researchers in methane emissions from natural gas leaks under urban streets as well as an expert in a surprising variety of other areas. He has researched and published groundbreaking reports on gas leaks in cities such as Boston, Washington DC, and New York City. He is Director of Boston University’s Earth House Living Learning Community and a professor in the Department of Earth and Environment. His areas of research include global change biology, tree physiology, and the structure and function of resilient resource distribution systems, human or natural.

HEET’s mission is to promote a sustainable community and planet, and to organize cooperative community actions which promote climate stability, energy conservation, and carbon reduction. Since 2009, HEET has organized and hosted energy-upgrade work-parties with many community partners. Working with our sister groups, HEET has trained over 3,500 volunteers and made improvements in over 225 buildings.