Cooking with Gas Can Harm Children 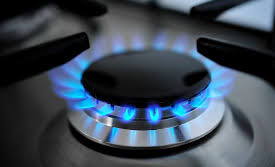 Many large studies (see the footnotes for much more information) of US children have found a gas stove in a home is correlated with increased prevalence of respiratory problems such as asthma, chronic bronchitis, and wheezing in the children who live there. 1, 2

Nitrogen dioxide (NO2) is well studied, harmful to children, and significantly higher in homes with gas stoves.3, 4 In a combined analysis of 11 pediatric studies, researchers concluded that a long-term increase of 15 parts per billion of NO2 (about the difference between cooking with gas versus electric) increased the risk of respiratory illnesses such as asthma by 20%.5  In Massachusetts, researchers also found a “dose-response” relationship between the amount of NO2 exposure (the “dose”) and the asthma severity of children (the “response”). The more NO2, the worse the asthma.6

In Massachusetts, more than half of the gas we use is mined through hydraulic fracturing or fracking.7 Fracking contaminates local air and water.

Living near a fracking site is associated with higher rates of asthma as well as premature and low birth-weight babies8 who have long-term health risks and medical costs.

By reducing our consumption of gas, we can help protect these communities.

Here in New England, many of our homes use natural gas.9 This gas is mostly methane, a potent greenhouse gas. Because a significant amount of that methane leaks into the atmosphere all along the system from where it’s produced to where it’s used, natural gas damages our climate more than coal.10 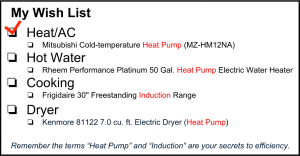 Create a plan to transition to state-of-the-art electric appliances.

It can take time to move from gas to induction and electricity, but it’s worth the effort for your family’s health and our climate. Make a budget and a timeline for switching to an induction or electric stove and an electric heat pump.

You can’t green a fossil fuel, but you can green electricity.

7 The US Energy Administration. Today in Energy. Last accessed January, 2018.

9 Gas stoves are used by around 39% of US households. US Department of Housing and Urban Development and US Census Bureau, American Housing Survey for the United States. Gas is used more widely in Northeast compared to other regions.